Why DIY Mole Removal Is A Very Bad Idea

These days, people are taking DIY approaches more and more often. With YouTube and other video resources, it's easy to learn how to paint your own home, repair a fence, or sew your own scarf. One thing that you should not DIY, however, is a mole removal procedure. Ignore those DIY guides and the DIY mole removal kits you may see advertised on certain websites. Removing a mole yourself is a very bad idea for the following reasons.

You're putting yourself at risk for infection

The items provided in mole removal kits are not always sterile. And using items around your home to remove a mole is not exactly safe from a sterility perspective, either. This exposes you to bacteria and puts you at risk of developing an infection in the area where you've removed the mole. Infections can easily spread and put your overall health at risk.

Dermatologists have years of training and practice in methods that remove moles without leaving a noticeable scar. Your DIY efforts are almost certain to leave a scar, so the end result won't really look any better than having a mole in that spot. Since your goal is to improve your appearance, you should leave mole removal to dermatologists who know exactly how to do that.

You don't know if the mole is malignant

This is the biggest danger associated with removing a mole yourself: you don't know what you are removing. If a mole looks at all suspicious, a dermatologist will perform a biospy prior to removal. This way, they will know if it is cancerous and they can provide the proper treatment if it is. If you remove a mole that is malignant, or in other words, cancerous, you could actually encourage the cancer to spread.

You'll make it harder to remove the mole if you fail

Many times, DIYers remove a part but not all of the mole. They then need to go to a dermatologist to have the rest of the mole removed. It's harder for a dermatologist to remove a mole that has been tampered with. They're more likely to leave a scar, and they may have to use a more painful method, such as surgical excision instead of laser removal.

DIY mole removal is just a bad idea, all around. Put down your tools, stop watching videos, and make an appointment with a dermatologist who knows what they are doing.

A dermatology office, like MOD Dermatology, can help you if you notice any odd moles on your skin. 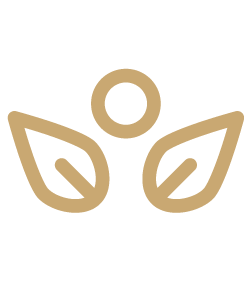 Your skin is the largest organ in your body. It does more for you than you realize. It helps protect your internal organs, regulate your body temperature, and excrete certain waste products. For this reason, it's important to take good care of your skin, and a dermatologist can help you do that. Whether you suffer from acne, moles, psoriasis, or another condition, a visit to the dermatologist is the best way to procure the proper treatment. Learn more about these professionals and about skincare in general when you dive into the articles provided on this website. Love your skin; care for your skin.